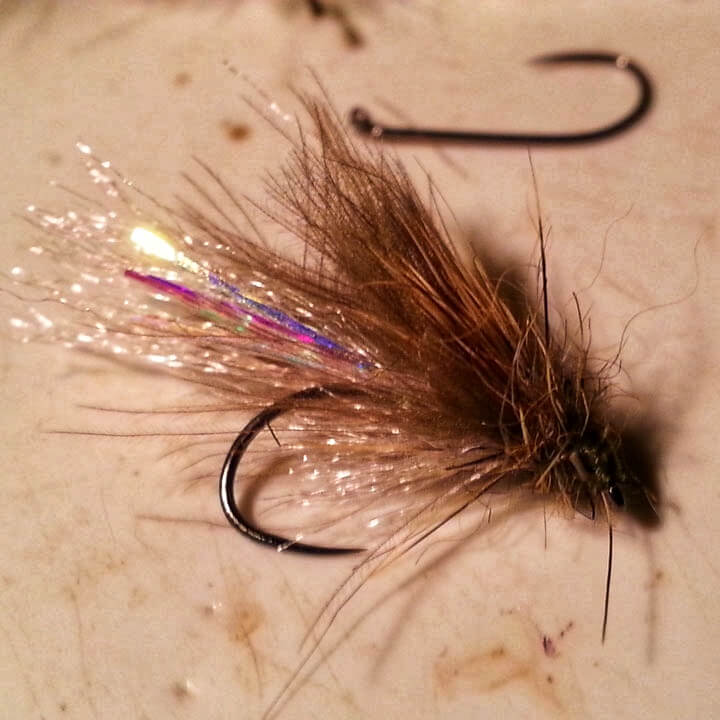 Thoughts on dry fly fishing is a post that I put together for the North Carolina team in 2012. The allure of watching fish come up and eat at the surface can be exhilarating! Often times the emergers in the film can be difficult to pick up on. One of the tricks for keying into this can be the nymphs get taken right when they enter the surface. The obvious clues are when you see fish dimpling the surface. The CDC loop wing Caddis fly is one of my favorite searching dry flies as it floats well, traps a bubble under the loop wing, and fish seem to come to it all season long.

The Nantahala and the Tuckasegee Rivers both offer plenty of examples during the emergence of blue-winged olives during the winter months for some great surface fishing. This cold-weather fishing oftentimes provides some of the easiest dry fly fishing around when they focus on the surface. Many of the native streams in the Great Smoky Mountains National Park also have this occur on overcast days. 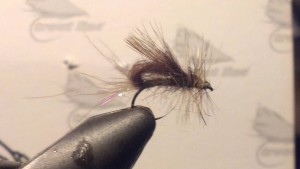 Two of the big problems I have witnessed over the years in guiding is firstly being able to get an appealing drift without drag and secondly learning a consistent strike that does not drop fish or worse have your fly break off. There is no substitute for increasing drift times on the water except for time spent with increasing your line control.

You can read about it, watch videos about it, but the only way you will get it is to practice your various casts, mends, and line control while the fly is drifting along in the current. Begin with watching the foam bubbles or debris in the water and see if your fly drifts along at the same speed. Understanding some basic definitions for fly fishing will help your understanding.

Learn to Use the Line Hand for Hooksets

The second problem to fix is the poor habit of striking vertically with all wrist (this is the most common when guiding). I have yet to ever see a top-notch dry fly angler use this type of strike. It is kind of a catch 22 flirting with the dry fly game because we often have more slack than nymph fishing to control drifts from a distance. Learn to incorporate your line hand with your rod hand when striking fish by using both during the strike.

Both hands pull low and to opposite sides (rod to the downstream side). Learn to strike without using too much wrist and move the rod to the downstream by using mostly forearm. Learn to use your line hand to hookset when the fish takes. This all becomes smooth and protects very light tippets. This will lead to a higher percentage of hookups.

Another point that is worth mentioning is that the presentation almost always trumps fly pattern. Far too many people follow the allure of the magic fly pattern that will turn it on for them when it is far more important to have a solid foundation of tactics. Here is a good point that relates to Mr. Chet Atkins warming up for a session in Nashville with his guitar. The sound man comes in and says to Chet, “your guitar sounds great!”. So Chet sets it back on its stand and tells the sound man “how does it sound now?” This analogy works well to describe the perfect dry fly and angler.

They both sound like easy tasks to correct but I think first people must be fair in realizing something needs to change. The long floats will require greater practice with line control to manipulate the drift. This means after the fly has landed with the intended layout on the surface, we work to accomplish anything that may enhance it during its float. Typically, poor dry fly anglers who sit back and think things will work out on their own-I can assure you they will not. It is up to you the pilot of the line and rod to enhance your float.

Get A DRIFT for Trout Fishing

One trick here is to learn to perform your layouts (line, leader, and fly) before it lands on the surface. These are performed during the casting stroke or right after the stroke has ended, but before the line settles to the water. The enhancements come depending on how far you wish for your drift to cover.

Do not jump on the reel for small trout-actually we rarely even use the reel for big trout too! This habit will lead to countless dropped fish as well because when you witness folks reel frantically the rod tip begins to vibrate up and down which puts slack into the system. Many dropped fish will be the result. I prefer to either send the fish airborne to the net or hydroplane the fish across the surface when it is landing time!

In the last few decades, there has been an explosion of new dry fly patterns compared to the old styles (traditional Catskills patterns, parachutes, elk hair, Wulff). Some of these new favorites for me would also include the Klinkhammer and the CDC comparaduns. They ride half in the film and half out of the water making them fool picky trout. I still prefer many old-school patterns in the springtime though.

Do You Carry Spinners?

If you thought “Rooster Tail Spinners” then read on. A Mayfly spinner is one of the easiest times to fish on the planet for trout! The problem is most fly dry fly anglers neglect to carry a single spinner. This is the spent mayfly with the wings out to the side rather than up. Trout love spinners for those who throw them. You will be hooked on fishing with spinners the first occurrence! I often like to throw one spinner that floats in the film and the other just beneath the surface. Some of my most memorable dry fly angling have been during heavy spinner falls. It is no doubt the most overlooked phase of excellent surface activity.

In closing the learning process with dry fly angling is always evolving based on your past experiences. When attempting to master a bit of confidence with this technique learn to fish within your limits. That is stay low and fish close to having control over your line and leader. Once this becomes easy to learn to extend it out further with control as your confidence increases. This is where your line control of aerial mends, stack mends, constant tension casts, and fancy line pickups take off! Attempt to keep your false casting to a minimum (ideally focus on delivery cast only). Your time on the water will lead to your problem solving of limited cover and diverse currents.