Instructor observation on substance & style has been around for a long time. The late Mel Krieger introduced the concept to the FFI during the early years of the fly casting program. As a fly caster, all fly fishers seek through time to gain a better understanding along with their own journey. Many will seek the one-liners of little phrases that attempt to solve the whole. This is normal for everyone in the early stages. We call this aspect of their journey “they drank the Kool-Aid”. This is in part what is wrong today overall with fly casting globally. The complexities in fly casting have many facets that makeup intent. In teaching, I have found that it is best to address them all with a basic understanding of the mechanics. Mel referred to these in his early writings as “FUNdamentals“.

New fly casters often seek to attain a new understanding with the one-line “grail” sentences to apply to a myriad of circumstances. The problem with this is overall understanding becomes quite limiting. Practically every various outcome from a change in style influences often many things for substance. Complexities in mechanics are really quite simple if you develop a basic understanding and strong foundation in the beginning. instructor observation substance style 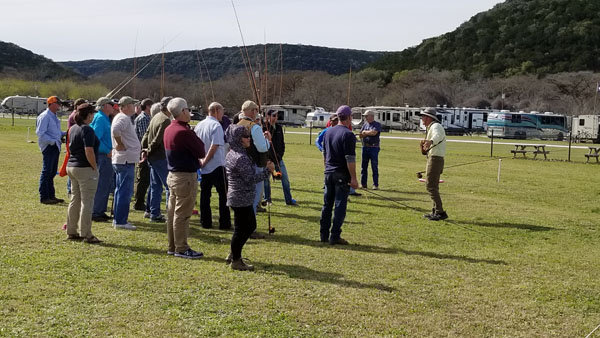 Most of the early legends that attempted to make a positive change had issues with other styles. The friendly discussions on substance often lagged well behind. It is impossible to demonstrate anything in fly casting without a style. Stances, grips, body movements, etc… all exhibit a style. Style simply put is “HOW” the body moves. The goal is driven toward a specific intent of hopefully catching a fish. Egos in large part become a big part of the issue overall because of a lack of compromising and awareness of FUNdamentals.

They were all proficient in casting but quite stubborn for seeing another peer instructor’s point of view. The beauty of mechanics is that it is much easier to discuss! It is a shame that many early pioneers of the sport did not divulge into more sound principles firstly. One could easily argue that it was their overall lack of very simple mechanics that limited their approach. All folks are built differently and make use of performing casts in different ways. As instructors, I think it is best to embrace them all for a specific intent. When style limits intent then it becomes a teaching moment.

For decades it is commonly accepted to discuss distance casting with sayings like “increase your line speed with narrow loops”. For new to intermediate casters this misses many key points. If the saying was working then they would already be doing great distances and making it appear easy right? What does increased line speed mean to you and what changes need to occur? Stroke length changes, rod arc changes, a longer time period to accelerate, hauling the line, increases in overall tempo to name a few.

The narrow loop is actually misleading as well because it is much more likely to create a larger loop formation with all of the facets of increasing line speed mentioned above. If you do not believe this just go out and attempt to carry a really long line with a narrow loop during formation. All loops change during the flight which we refer to a “morphing”. The statement above sounds good to recite to new students but it leaves out many key points to assist in making it happen. Throwing a flat fly leg faster with parallel loop legs is often a productive approach. 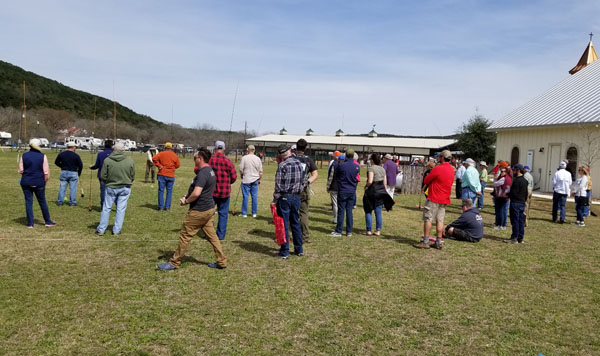 Guadalupe River at the Texas TroutFest

Instruction & the Road to Critical Thinking

Part of the issue in teaching fly casting is that specific intent is often left out in all phases of the sport. Generalizations can be a dangerous thing with learning and understanding. In other words, all fly casts are equal, all people are equal, and all fish feed the same way. How ridiculous is that? Intent must be understood to apply the six phases of critical thinking. These phases include: organize the information, structure reasoning, consider evidence, identify assumptions, evaluate the arguments, and finally communicating or implement a conclusion. This is especially a necessity for creating great mentors, coaches, and instructors. instructor observation substance style

It is no doubt much easier to repeat the “mantras” of fly fishing rhetoric. In fishing, phrases like “fish lie where the foam is home”. In fly casting terminology like “all fly casts should maintain a straight tip-path”. All fly casts should have a “constant acceleration”. There are hundreds of these prevalent in our sport today. Far too many instructors tend to follow along as to not go against the grain of “Kool-Aid rhetoric”. As an instructor, mentor, and coach I want to pass on to the student, not just a kinesthetic diagnosis of improving their own casting intent. I want them to understand their actions first. This will help to evolve the sport down the road because the student can formulate and contribute ideas to push the envelope.

The pyramid of typical learning institutions has a broad base of learning at the bottom of the pyramid. The tip of the pyramid over a long period of time becomes specific to a particular discipline. It is a total switch to view a specific subject matter first and then broaden later. Learn basic mechanics firstly to apply to all of the specific circumstances of intent later. Two different things are going on here. Do you want to understand and create the abilities to solve complex problems down the road?

Would you rather drink the “Kool-Aid” of the vastly oversimplified models that all lead to a stagnant approach? I can assure you that becoming a critical thinker versus the regurgitation of facts and principles that do not hold water are two very different approaches. Another way to say this is what do you desire? Mediocrity with the “just good enough crowd” or do you want to become a problem solver and assist in the evolution of sport? Only you know the answer. If we are lucky, we can help pave the way for creating another effective mentor.

Fly casting offers many types of progressions during the fly fisher’s journey. In the beginning, new fly fishers just want to get it out a short distance without a leader full of knots. A certain percentage will stay at this level forever. Then there will be those who aspire to higher performance on the water. Substance overall tends to dictate optimizing performance for more elite-level casts. As an example, let us examine one of the foundational fly cast called a static roll cast. For new fly casters, all styles can get you to make fishing casts at 25′ feet and closer. Everyone is a winner with whatever style they want to use!

Fly casting instructors teach optimization of how to use your body for a cast with specific intent. Now let us optimize the substance for intermediate to advanced static roll casts. The styles will become more specific. Just look at the similarities of optimizing performance at the elite levels. Watch video footage of the top world championship fly casters and you will see similarities in all of the elite casters. A rate of movement along an intended rod tip path works beautifully in teaching.

There is no doubt the easiest path is to avoid the complexities that only take you so far. Read everyone’s A, B, C fundamental principles and this will ensure you stagnate quickly. Foundational principles lead you to improve in the shortest amount of time. Any complex model has many things that influence the “minutia details”.

The reality is it will take you a serious commitment in the early stages and everything else gets easier. This empowers you to take it to the next level and contribute to a great sport and help change others around you through sharing. The differences lie in that teaching mechanics firstly leads to everything else falling into place. Through reasoning, you learn to understand it and apply it. Anyone can be taught the kinesthetic approach for any type of cast. Learning to understand why they perform it a certain way is back to substance.