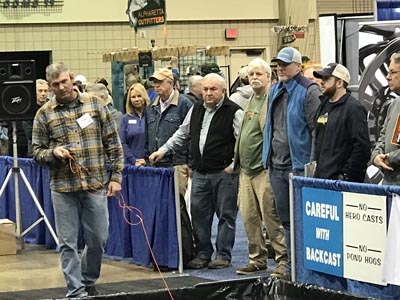 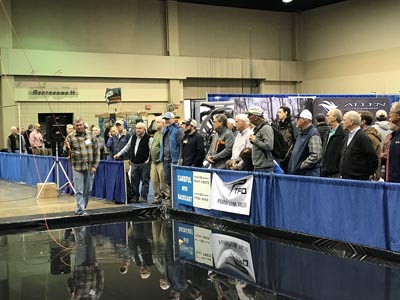 Understanding loop plane in fly casting has been avoided for the most part since the inception of the sport. Tradition has brought this ideology that the rod plane used always matches the loop plane. As an example when casting using a perfect vertical rod plane, the loop plane must be directly above the rod tip. Or does it? What if you make the vertical stroke with a curved rod path like a crescent moon shape? You can get a refresher on these terms at the fly casting glossary.

Part of the reason that evolution in fly casting today has crept along at a snail’s pace is that many hold fast to traditional concepts. Intent of what you the caster desires for a layout will greatly be dependent on your creativity piloting the rod.

The rod tip tracking a straight path is great for accuracy and distance fly casting. It has been taught in videos, books, and even mantras for the worlds largest fly casting organizations. The problem is that most of it left out intent or objective for the student. Understanding loop plane will increase your overall control for performing fishing casts! 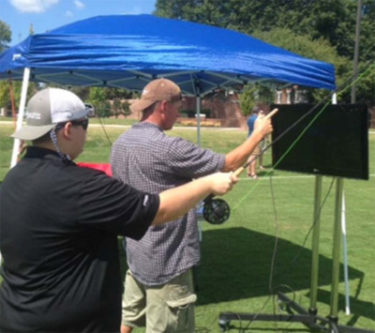 Rod Plane and Loop Plane Are not Dependent on One Another

There are many examples of where we use this for presenting curve casts while fishing. Why is it important to play around with it for you the fly caster? Because as your obstacles change on the stream you will be forced to use multiple rod planes while fishing. Just like obstacles that change, so will the currents demand presentations to match varying water currents. Understanding loop plane will facilitate many other fishing casts to implement on the stream!

A great exercise for casting varying loop planes for the fly fisher is to perform the fly cast using a horizontal rod plane. If you use a straight rod tip path then the loop is created directly out and away from you. Now, using a slightly curved crescent moon shape that travels upward during the application of power can you create the loop plane directly vertical? Sure you can because you the fly caster made a curved path with the rod hand!

Now create a loop plane that travels inverted with the fly leg traveling on the bottom of the unrolling loop plane. Remain using the horizontal rod plane for this exercise. Scribe the rod hand as if it was following a huge shallow salad bowl. This downward rod path will produce a nice loop that many call an upside down unrolling loop.

Loop plane can be thrown by you the caster anywhere around the rod tip path if you deviate from straight. The benefit is that it will benefit you greatly for greater presentation on the water. Remember that all fly casts are either straight or curves! You will make a huge jump in the competency of fishing casts once you control your loop planes for fishing casts.

One of my close fly casting peers uses an expression for lessons that paints a very good image of various paths. Keep in mind these are just like cardinal points on a compass because there are many degrees in the round world of fly casting.

Scribe the rod tip path straight through the moon which keeps those traditional folks happy for starters. Now greater control of loop planes will happen when your rod path travels over and under the moon. Also try outside and inside the moon. When my kids were very small this was one of their favorite exercises warming up for a bit of casting practice.