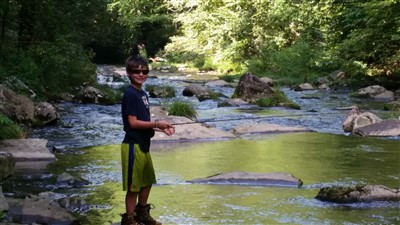 Myths on Rods and Tippet for Fighting Fish

The myths on rods and tippets for fighting fish with a fly rod have been misunderstood and debated for a long time. I have spent the better of the last 34 years in teaching, instructing, and guiding fly fishing. Numerous opinions for sure on absolutely every aspect of our sport. During the next few months, I am going to put together short articles that deal with some of the most common issues.

This first piece will deal with a thread that addressed the common myth that light rods and tippet kill fish. My friend Michael Bradley sent me a Facebook thread the other day about this topic. As you all know, if it was on the internet then it must be true! myths rods tippet fighting fish

I thought about how people react to things typing behind their keyboards out of control much more than the subject matter of the thread. Instantly, folks begin attacking with elitist alert comments. Everyone is at different levels of understanding for virtually every aspect of the sport. Use whatever equipment makes you happy but understanding your actions using your equipment is most important! 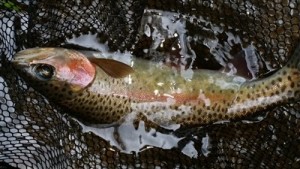 Trout Fishing Is A Prideful Sport

Fly fishing has loads of prideful fools in general as in all sports. Here is a classic example that comes to mind from last April. I will use my friend Jon Dietz when he was down here to train for the Youth Team USA. He has a very strong work ethic to constantly improve his game on the water. Has fished at the highest level of Team USA Youth in World Championships.

I dropped him out on the most crowded section of the river with close to 50 anglers in the water in a few large pools. I left him there for about six hours while I did a float trip. When I got back the folks had retreated far from him because he caught fish like a vacuum every couple minutes all through the day! Our goals that day were all about wet fly fishing. You see not one person asked him what he was doing nor cared.

The majority of anglers are a prideful bunch that would rather leave than to learn something new. If you guide on the water you know the type (let us call him Dick). Dick is plagued with tailing loop knots or in the tree every few minutes of casting. He sits down and spends 30 minutes tying a clinch knot. The magic flies that the shop told him to buy are somewhere in the trees. The sport is bulging at the seams with nice guys like Dick!

Is Fly Fishing Headed In A Positive Direction?

Does it raise some interesting questions for our industry in that do we really want more of these types of people even on the water? Great read last week called “The three-knot fisherman” which explains many thoughts from the industry here in America.

How could folks spend thousands of dollars on the finest equipment money can buy and still cast like a beginner decades later? For many, it is that one trip a year to some famous destination for the picture. How do we get an entire country to break away from mediocrity and really get set on wanting to improve and not be like Dick? In part, the media is to blame for not covering more educational pieces regarding the sport. The educational content will be from blogs more in the future I suspect by guys that can back it up like my friend Devin Olsen’s “Tactical Fly Fisherman“.

He also has some amazing pictures to go with the content. Usually, the media tends to push destinations, a new fly, a new rod, a new wader, etc… everything except offering advice on something that would help light a spark for you to conquer problems on the stream. So much fluff with little content has become the norm here in the states for a very long time! In other words, a skill set trumps gear most of the time.

Long fly rods of 10’6, 11′, 11’6, 12′ rods in the three weight range have been very popular in and around Western North Carolina. I pushed hard for G Loomis to make these back in 1990 for my programs and schools. Steve Rajeff (rod designer at G Loomis and casting extraordinaire) provided me some long prototype rods 10’6 in length (early 90’s) that were a perfect match for my style of fly fishing. The company did not think it was economically viable to commercially produce the long 3 weight rods.

I built four other rods (10’6-12′ footers) all 3 weight rods during the next few years and fished them all over the globe for trout. My friend Tim Rajeff (rod designer at Rajeff’s Sports and fly casting extraordinaire) told me last year that by far my region of the country has the majority of his Shadow 2 fly rods. I have two small boys so I have at least a dozen Shadow 2 rods for the years ahead. 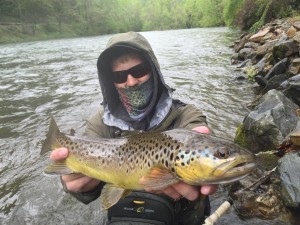 My friends Josh Stephens and Chris Lee both brought the idea of comp fishing to Western NC. Both of them attended the semester-long fly fishing program at WCU during the mid-1990s. When Josh Stephens moved back here from Colorado (around 2007) he was already a member of Team USA to create quite the buzz for this region of the country. I know that opens up a whole topic or discussion among folks that either hate or love comp style angling-so we will just say controversial to many.

The drive for efficiency should be on most folks’ radar if they are in it to grow their skills. Early on discussions with Josh about comp style angling to me were exciting because it reinforced efficiency (which is how I always looked at instructing) in the sport of fly fishing! myths rods tippet fighting fish

Bryson City, NC has had many years now of hosting Team USA National and multiple regional comps, Team USA Youth, Team NC, and many years of the largest paid purse in America fly fishing out of Cherokee, NC with the Rumble in the Rhododendron. So the buzz created with all of this was most certainly exciting taking place right here in Bryson City (pop. 1400).

In general, we use the largest tippet we can effectively get away with for the situation at hand. South Island of New Zealand is one of my favorite places on the planet for trout. Throwing big Royal Wulff dries (#10) using 0x tippet and a 3 weight rod for really large trout was common during the late 1980s. The trout would be consistently landed in under a couple of minutes.

When we filmed Fly Fishing Show TV shows there were some wagers made with some of the camera crew that thought the 3 weight rod would stress trout. The bet would probably not have taken place if Speights (famous kiwi beverage) had not been involved. The first dozen wild sea-run browns (all very heavy fish) were all in the net in under two minutes! So to the point, rods do not play fish they are only a tool. People play fish by understanding where they exert greater pressure on the fish.

Which rod weight can exert a greater force on a really large fish a #3 or a #8 weight rod (assuming same lines)? I often ask these types of questions to find out where someone is along their journey of fly fishing. There are many answers, so for the one above I would be looking to get into a discussion about various rod positions. The answer of “it depends” would be spot on for the example. Can they both equal the same force to the fish? You bet if the rods are both pointing to the fish and the angler pulls the line.

Are they equal if the fish (load) is 90 degrees to the rod angle? Now the 8 weight could exert a greater force on the fish in the 90-degree position. The 90-degree angle is best laid off on either side because the torso and lats exert the pressure. A big muscle group performs the work. For all practical purposes in trout fishing does it matter? Probably not in my opinion because as I mentioned earlier the angler is what controls the landing of fish. myths rods tippet fighting fish

The comfort of using a #7 or #8 on the lakes makes a long cast in the wind easier. Fly casting big flies on a 350-grain head (T-18) is going to work much better on a #7 and #8 weight rod. Really it boils down to the tactic used on the stream, average casting distance, and conditions (wind, surrounding tight or open) why you would choose a bigger weight rod.

Choosing your 6 weight to fish small flies on a tailwater or spring creek can be equated to planting your garden kale seeds with a backhoe! Many anglers believe a #3 weight rod has limitations for landing huge trout. This is not the case once angles of rod pressure are learned.

Now take this one step further and the tippet is only 6x. We will now compare the #3 (10’6″) and #8 (9′) weight rods using a small tippet. Which rod increases your chance to quickly land the fish? Can the rod help prevent the build-up of lactic acid or is it mainly angler technique? Could it be both? I am sure my chances go up greatly using a longer lever that is more supple #3 over a stiff #8 lever that feels like a broomstick. The reason we often fish lighter tippet is to sink a small fly quicker in certain situations. If I can get away in big water using heavy nymphs I will use heavier tippet because it is quick for landing fish small or large.

Many claim that the comp rods have a secret rod butt design. Any rod that is longer usually has a stiffer rod butt to support the added overall length. A longer rod makes presentations farther away easier by elevating the rod. Fly casting (single-handed Spey) is easier because of the longer lever. Setting the hook and playing fish with a longer rod enhances your productivity for landing fish quicker. Think of the suppleness (bend) in the rod as insurance for the protection of smaller tippets.

Play Fish with Side Pressure

We have all seen anglers hold the rod straight up with little pressure exerted on the fish. Orvis logo might jog folk’s memory of the silhouette with the angler holding rod straight up. There are times to lift the line off the water but they are rare overall. These types of anglers are the ones usually responsible for playing fish way too long and causing lactic stress.

I hope that “myths on rods and tippet for fighting fish” has had some influence on gear selection. There is another great piece on hooksets that is closely related to this article. Not an equipment problem near as much as an experience problem on where, when, how much pressure to exert! myths rods tippet fighting fish