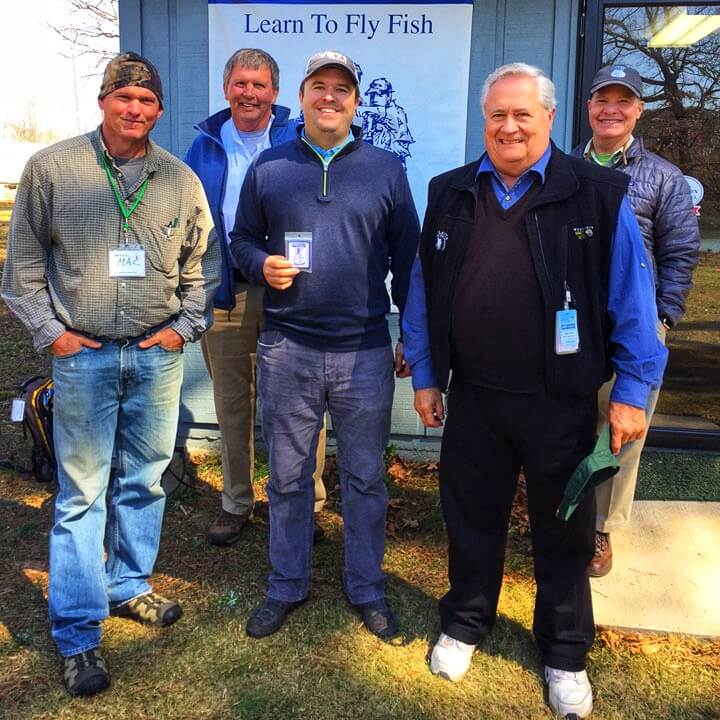 Learning the double haul for fly casting will assist you with increased line speed! A haul is a method that involves a slight tug on the fly line during the acceleration phase of the fly cast with the line hand. Why do you need to learn a haul? The haul causes a direct increase in line velocity. The haul is usually a mirror image of the rod hand rotation to the rod. The rod hand rotation is similar to flicking the water off of a paintbrush. The abrupt stopping motion is what determines how much water is thrown from the brush. This analogy is usually helpful for those new to the sport.

The haul attains increased line velocity moving the fly line a fixed amount (varies due to rod actions) and it flexes the rod deeper. It is the direct nitrous to increase line velocity and line tension overall. It also does several other things to the dynamics of the overall casting stroke, but we will hold off on that one until a later date.

If it is performed only in the forward or backward cast, then it is called a single haul. Typically this method is used in the forward direction. This is because the forward cast is usually the delivery cast and it oftentimes requires the angler to shoot more line into the cast­ which increases distance.

Pantomime the Motion of the Haul

If the haul is a new concept for you, then follow along with the animation until your hands do the motion. I almost always introduce the haul by having the student follow along with just the hands. Mel Krieger used the “pantomime” method often for teaching fly casting. It may also help some to use a mirror and go slowly through the motion until it becomes second nature.

Another great teaching trick is to use a large rubber band attached to the index fingers. You go through the motion slowly and the rubber band reminds you to have the hands come back together after you pull them apart. I would say the most common problem overall is when folks pull the hands apart on the backcast and the line hand fails to get back to the ready position on the forward.

The Haul Is Natural for the Back Cast

Most anglers tend to master the slight tug only in the rearward direction. The rod hand moves away from the line hand naturally. Tension is decreased on the following forward stroke when the line hand remains static.

The single haul more than doubles the line velocity on the forward cast when correctly performed. The animation at the top of the page illustrates the single haul if you concentrate on only the forward or backward casting motion­ but not both.

The double haul is a single haul on both the forward and backcast. Study the diagram above closely to ensure that you have the timing memorized. Learn the technique completely in your mind through visualization before even attempting to put a rod in your hand. Pantomime the motion slowly without a rod by studying the animation. This will train your motor skills for the line hand duties.

Stop and analyze your performance in each direction. Start with about 30′ of the line in the front while performing the backcast. Come to the abrupt stop and pause to diagnose your stroke. If the timing was off, simply turn around and face the line which enables you to perform another back cast. Perform this repeatedly until you begin to feel comfortable with the timing. This also is a practical method for developing loop control. Another trick that helps is to think about the haul beginning around the halfway point through the stroke.

The animation should help you visualize the sequence of proper double hauling technique while using a vertical casting plane. The line hand usually pulls the line parallel to the forearm of the rod hand and in the opposite direction from the rod tip. This simple rule will aid you when applying the double haul throughout all casting planes. Learn to pull small increments at a time for most casts while learning. The length and quickness of pull from the line hand cause higher line speed.

Have You Mastered the Double Haul?

One method for testing your abilities is to cast while using a horizontal rod plane inches from the ground. Attempt to keep the line from hitting the grass. If the fly line hits repeatedly, then go back to the beginning stages ­listed in the above paragraph. Budding casters often learn this technique quicker than seasoned anglers simply because they learned it correctly from the start.

Another great learning tool for witnessing the timing of the double haul is to cast the rod while using a horizontal rod plane and resting the butt against your stomach. Rotate the torso and cast the line with only the double haul motions. This exercise uses no wrist or forearm motion from the rod hand while making the cast. It also enables the caster to see the forward and backward casts throughout the stroke.

Shooting line occurs when the caster releases the fly line. Some will say after the rod has come to a complete STOP, and others say toward the completion of the stroke-both can work. Anglers typically desire the ability to implement long-distance casts. This is only a slight justification for mastering the technique. A prerequisite for efficiency in all casts will require the angler to first understand shooting line. All fly cast gain distance as the loop is unrolling towards the target area.

As soon as the loop straightens, the fly line can take no more line. Learning to haul and shoot line is a necessity to master! They both enable the caster to conserve energy for all casting distances with the added advantage of eliminating false casts. If mastered properly, your efficiency rapidly increases in making presentations on the water. They both enable the fly caster to make presentations with one false cast for the backcast followed by the delivery cast.

Are you ready for a more advanced appreciation of shooting line? Learn to shoot line early or late for more control opportunities over the layout. For example, if we shoot a line late during a positive curve cast we can make a question mark layout rather than the normal 90-degree curve.

An in-depth look into hauling in various rod planes is included with the book Casting Angles. The line velocities are also calculated to illustrate some of the differences between the basic cast, single haul, and double haul techniques. Good luck with perfecting these techniques!