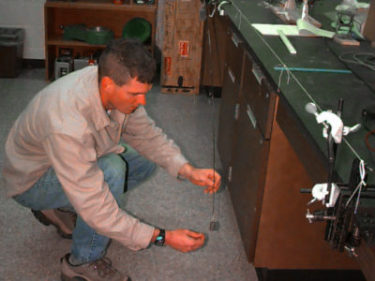 Understanding fly rod actions, modulus, rod feel, and dampening from the studies at Western Carolina Univesity in 1996. It would be best to avoid rods with extreme actions unless a highly-skilled caster has a specific need. For example, distance casting may benefit from rods with faster action due to the ability to create a smaller loop. For example, a broom handle provides one extreme example of fast action. The other extreme would be a very slow action like a green switch of a Willow tree. This type of action would be too soft for controlling the loop at distance. Try roll casting the three types of rod actions and test for yourself which rods require the least amount of effort to cast.

Anywhere a group of anglers convenes, the hot topic is constantly comparing one manufacturer’s rod to another. This is most evident on the various internet list servers, fly shops, conclaves, and even on the stream. There is not just one ultimate rod action designed to please every caster as shown by the many different actions made by popular manufacturers today. The rod study did find certain attributes are necessary to please the experienced casting group. The rods which received the highest ratings from the blind study felt good to cast at all distances. The rods which received lower ratings from the blind study lost the “feel aspect” because they were uncomfortable to cast. 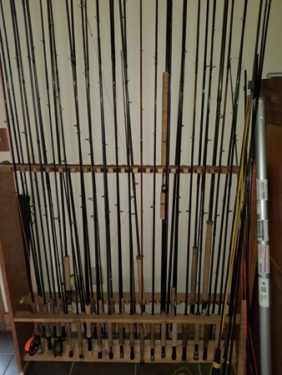 Modulus is a material’s resistance to elastic deformation under load. In fly casting, the bend under load is referred to as stiffness. The evolution of rods includes wood, cane, steel, glass, and graphite. The changes that are most noticeable include lighter rods which maintain a similar stiffness. This is due to the section modulus changing with each new improvement. The stiffness to mass ratio has increased with each technological improvement of fly rod evolution. The reduction in weight typically increases the rods frequency. 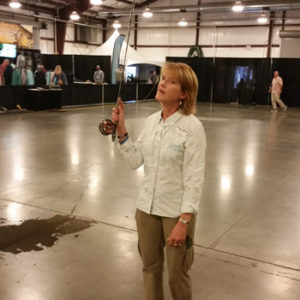 You will make the best decision when choosing a new rod by first looking at all of the data in unison (most importantly the price you can afford), and then testing the rods for yourself. The “feeling” aspect includes many attributes that influence your decision oftentimes beyond what you may put into words. Feel is the most important overall aspect of casting a rod because it encompasses weight, balance (distribution of weight), frequency, continuity (how well the rod translates its energy smoothly), dampening, and stiffness. All of these terms may be used to describe the rods’ attributes and many of these figures are dependent on one another. The survey group did feel that the terms fast, medium, and slow action is misleading to the consumer as a singular definition for describing all of these attributes.

The casters did cast all of the rods at varying distances because they could compensate for such design flaws. They would not, however, purchase such a rod when the “feel aspect” is lost. Every rod exhibits its own unique attributes of performance used for casting. There are slight advantages and disadvantages for each action for angling scenarios. Choosing the proper rod will serve you for many years of enjoyment for casting and landing fish. The limberness of a long #3 weight rod will help to protect fine tippets easier than a “fast action” #6 weight rod. 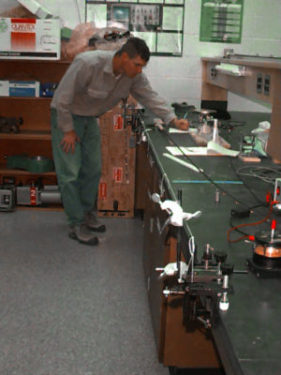 All of the rods which rated high in the study also dampened the most quickly. The dampening test is important for the lower the number measured in seconds, the better. This could be reproduced by mounting the butt of the rod on a horizontal surface and pulling the tip down 23.22″ inches. The tip is released and the movements are timed until it falls to within .393″ inch. The test takes into account many factors from other tests combined like stiffness, weight, taper, frequency, and others.

The data for dampening may also indicate continuity problems when compared with the frequency and deflection tests. For example, the lower the dampening figure indicates a well-constructed rod taper. A low deflection test percentage implies a fast action rod (around 20%). As stated previously, a higher frequency implies a faster action rod. What if the frequency data and deflection data both imply that the rod action is fast, but the dampening data implies a slower action (takes longer in seconds to recover)? There may not be enough support near the butt of the rod to support the tip of the rod. This example may be indicative of a continuity problem that may be identifiable even before casting the rod, as explained below.

An easy way to understand dampening is to observe the manner in which a tree grows. There is a consistent taper from the tree trunk to the treetop. This is also the manner in which rods, as well as many other structures, are designed. The butt end of the rod must be able to support the tip when casting. The power in a rod when casting comes from the butt end of the rod. Fast action rods exhibit greater reserve power which is important for casting greater distances. The taper of the rod is what makes every rod unique. In general, a fast taper result in a fast action (stiff, high frequency, increased dampening). Medium action rods have a more consistent taper similar to the tree analogy used above. It offers the caster greater flexibility for most trout fishing scenarios.

The spline was also observed when the entire rod was balanced on a knife-edge. The rod would deflect the weakest side similar to a trapeze artist walking with a long pole that sags on each end. Balance the rod on a credit card that is resting on a flat surface and observing the direction in which the eyelets point. Perform the test at the same time as taking the balance point test mentioned earlier. This test revealed that most of the eyelets do not point up or down along the spine, but averaged 33% from the true spine.

Only 34% of the rods tested were splined exactly up or down. This fact was also compared back to the dampening test. It was noted in the lab records that the rods that tracked straight up and down during the dampening test also were the same rods that appeared splined correctly. The non-spined rods tracked in an elliptical pattern upon release.