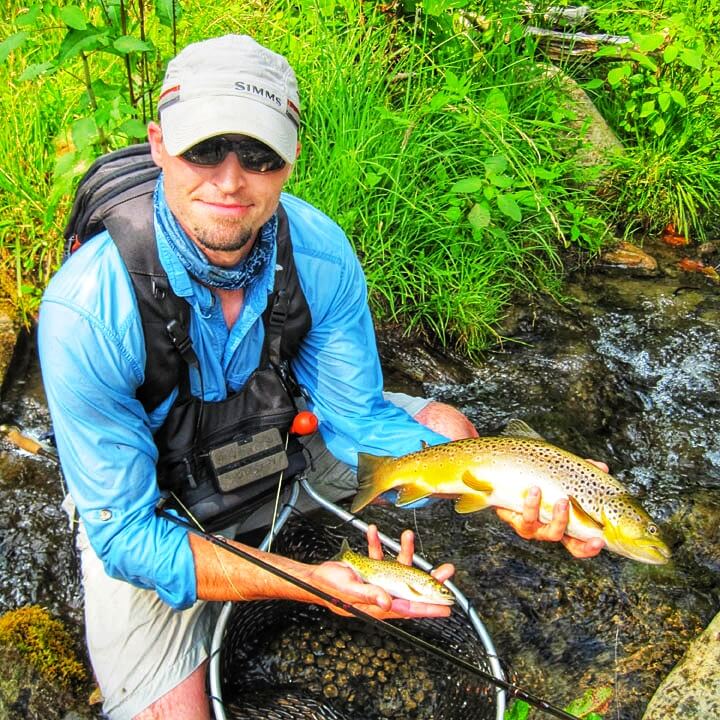 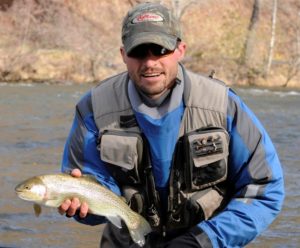 Learning to nymph fish is a smart choice for the fly fisher that wants to increase their catch! Another article on nymph fishing can be found here on the site. The nymph fisherman has had many improvements over the past few decades. Innovation has come in many forms with regards to rigging, yet many old-school techniques remain the same. The biggest determining factor for your success will be how quickly you adjust to the behavior of the fish on that given day. The beautiful Smoky Mountains town of Bryson City, NC offers the most waters in the state for trout fishing!

Be prepared for your adjustments to change throughout the day as it rarely remains the same. What do proactive methods mean to you? Many use suspender devices (bobbers come in many shapes and sizes) for all things nymphing. There can be a time and a place for this technique but it is not the only productive method. The very best folks I have met over the years have a huge arsenal of different techniques on the water. Below we shall discuss various methods for becoming more proactive on the stream.

The puzzle is really not that difficult to solve in most circumstances in that trout either hold tight to the bottom or they suspend to feed higher up in the water column. Observation should tell you these clues rather quickly by studying the water and watching the fish. Fish mood changes often as well as to how far they are willing to move to eat something on a dead drift versus how much are they willing to chase.

When fish are willing to chase recklessly they become very easy to take advantage of on the stream. Learning to nymph fish enables you to take advantage of the various behaviors of the fish you pursue. There are times when the feeding is so heavy that very few things can pass by without the fish sampling your offering. These times tend to be the greatest activity.

Be Proactive & Make It Happen!

What is meant by becoming more proactive on the water? Do you dead drift, swing, jig, slow lift, induce a strike, and pepper the water in grids to name a few? These are a few ideas for being more in tune with solving the puzzle on the stream. The uses of a bobber and dead drifting tend to be the most popular overall here in America. Dead drift simply means to have the flies flow with the current. The swing implies the line has a curve on the water and moves the flies across the current.

Suspender fishing (bobber) may limit many opportunities because it is a fixed distance. It offers advantages though for fishing far away (over 35 feet). These other methods can be much more effective for fishing close (under 35 feet). Jim Leisenring is credited in America with writing about lifting the flies through the water column in the 1940s. There are times when nymphing where the only way we can induce the fish to eat is when we lift the flies through the water column.

David Woody, from Andrews, NC is one of the best I know at jigging flies through the water column. I learned this trick from him many years ago watching him move the rod tip in small circles as the flies straighten well below him. This imparts small forward and erratic movement to the flies as they ascend. His style of jigging flies has influenced many anglers in and around western NC. 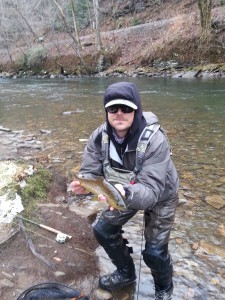 The induced strike works best when there is heavy feeding on the stream and the fish take the flies on the descent in the water column. I use a countdown usually between 1-5 seconds and go straight into a hook set or backcast and throw right back into an area. I learned this in the early ’90s on the Nantahala River when nymphing short. When large numbers of fish were in a run, I could witness the flash of the fish heading away after it felt the hook.

This meant I was too late on the hook set to begin with because the flash is usually the head shake of the fish returning to its feeding zone. There are times when this occurrence is very quick. I dealt with this rejection by hook set with a countdown and the numbers of hookups exploded!

Fishing Wet Flies is the most overlooked technique that I see throughout the states. They can cover vast amounts of water very quickly enabling you to find fish in a hurry. Wets are usually tied without additional weight on the hook when fish are up. Often I prefer two wets unweighted on the droppers. Sometimes a brass bead wet fly on the point can be the ticket to more strikes.

It really is dependent on the situation which one I will try first. Folks tend to think of wet fly fishing at quartering casts across and downstream. The more advanced wet fly angler uses line control at a great distance to sink the flies by mending line upstream which is followed by mend downstream when the flies are in a likely fish holding spot. As an example a cut bank fishing straight across the stream. The angler sinks the wets through line control and lets the line become taunt which raises and swings the fly where the fish holds.

The use of colored mono tied into the leader can be much more versatile on stream. Colored mono has its place for certain methods like French, Polish, Spanish, and Czech nymphing. The retrieval rate of the drifting flies along with the rod angle held during the drift enables you to fish varying water depths. All with the same nymphs. This enables you to solve things on stream at a fast pace.

The method you choose to use on a Delayed Harvest program here in NC like the Nantahala River or a wild stream in Great Smoky Mountain National Park really is not that different in your process. When trying various techniques use the 6 cast rule of presentation. Usually, if what you are doing is the correct rigging and presentation you should have plenty of strikes. If you do not have a strike then move on through your “tactics quiver” because it will not take long to have the trout dialed in on the stream.

One thing is certain in that it will change often! Light conditions, water clarity, barometric pressure, wind direction, moon phases, water temperature, and many other factors ensure to keep things interesting. Keep a journal if you want to learn how these things influence fish activity. The most important thing out there is to have fun with the journey of learning to nymph fish!