Synergy and fly casting will encompass virtually every potential line layout. For many, fly casting distance is accomplished with lots speed as a crescendo is with music! The main goal is to maintain a flat fly leg that travels fast with the proper trajectory. Timing is critical that the haul, stop, and rod unbending occurs simultaneously. We build into the crescendo with explosiveness in the haul, rotating very late, and the spring effect of the rod unbend. The Whole is Greater than the Sum of its Parts. First coined by the philosopher Aristotle, this phrase aptly defines the modern concept of synergy.

Many variables all coming together at one finite moment equates to fly casting synergy! Variables such as timing, speed, a tempo for the cast, understanding better rod load techniques, etc… are all at play on technique. The “5 essentials” would help to convey slack is at a minimum, longer stroke, longer pause, rod tip path is straight, and power application matches the amount of line being cast for greater distances. 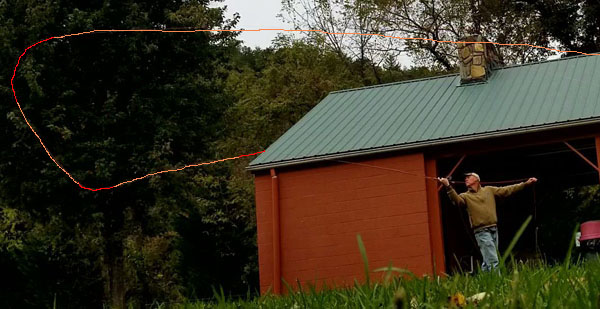 Understanding various levels of rod load are among the biggest steps for improvement in fly line control. In general, there are many types of rod load but it most simplistic to gain an appreciation of tip flex casts (negative acceleration), mid flex casts (constant acceleration) and deep rod butt flexed casts (positive acceleration). One of the biggest issues teaching fly casting with those of habits formed for many years is their inability to vary rod load. This is evident with many fly casters in that everything is targeted toward attempting to throw too hard for all casts! Think of controlling your body motions for achieving varying load (acceleration).

In all sports, the ability to increase greater control is learning varying amounts of acceleration to gain greater control. In fly casting, this equates to the understanding of line layout. Many will continue to fish without ever scratching the surface of a deeper understanding of their own casting. You must practice to achieve it or it is not likely to take place. The first key to practice is learning enough about fly casting to avoid repetition of the same thing. Your goal becomes understanding how to achieve all types of different layouts while actually fishing. These tricks are what combat currents on the water to enhance your presentation. The synergy and fly casting can become most fluent with plenty of practice in the early stages.

Mel Krieger came up with the concept of distinguishing style and substance for Fly Fishers International. Casters come in all different shapes and sizes! Casting techniques may be performed with all kinds of styles. The substance of the mechanics always exists for all styles. This is one of the most challenging aspects as an instructor is the decision to alter style when it goes against mechanics. These issues can be found everywhere in teaching! Stance, grip, arm movements, body lean, and many more things make up style! In reality, styles change constantly depending on conditions and intent!

The goal is to increase the efficiency of the body to others. Instructors teach others many techniques on how to move their body for greater efficiency. It just happens in fly casting that there are many variables. Perhaps, many in the past oversimplified things by telling everyone that it is “so easy with rules, mantras, and principles” that it actually slows down the progression of the sport? Waving a string on a bendy stick is actually one of the most complex and intriguing athletic sports that exists! In part, that is why we as fly fishers love the grace and fascination of moving energy in the flow of a string that yields a result! Imagine the new caster wondering why it seems so difficult when they attempt it being self-taught? It surely must persuade many to look for another sport?

Hauling is a tug on the line with the line hand. Check out the studies from 94′ at WCU at the link on hauling. Huge differences were recorded with photographic time gates in regards to fly line average velocity. Hauling produced 167 mph average velocity versus 65 mph without hauling. During the overall casting stroke, the goal is to bend the rod as deeply into the butt as possible for distance casting. There are many different presentation casts used in fly fishing, but the intent here is to focus on distance for simplicity. The haul is a direct increase in line speed to the fly line. The haul does not make a bad cast great! In all likelihood, it will just help throw your mistakes further! The haul can help a good cast become an excellent cast for the fly fishers that want to pursue greater distances!

Line Launch with Lots of Acceleration with Medium Action Rod

Many have missed this appreciation of direct increase and instead follow fallacies. Just look on Youtube at the amount of misinformation with tying off the end of the line to a flagpole to illustrate deeper rod bend. Hauling with using only the hands debunks this in an instant! Other misnomers claim that a small pull of the line is all that is needed for BIG results. Others claim that it is only needed at the very end of the casting stroke. These types of videos help to feed confusion to the masses from newbies to the experts.

The grail is to establish as much line speed as possible with the haul for great distances. It is most easily taught by matching the rate of the haul with the rate of rod loading move during the casting stroke. If we want really long casts then haul as long as possible but conserve the flick of the wrist very late (greater speed). The rate change in speed should be explosive toward the end! One of the most common questions folks ask me is how to throw further. Typically, my reply is a question of how well do you throw short. Master short first for loop control, effort, timing, and more until that technique is close to perfect.